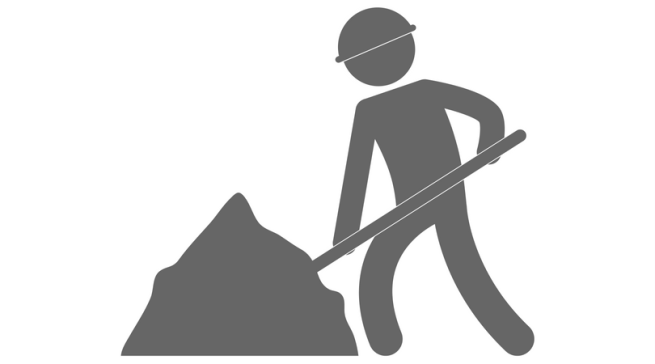 Henri Nouwen was at the pinnacle of his career. Having taught at Notre Dame and Yale, he was now a Professor at Harvard. His books were bestsellers around the world. He was famous and in demand.1

The success in academia was substantial, teaching at the best universities, with the best contracts. Henri was able to receive teaching positions customized to his personal needs for travel and writing.2

Although he had everything he asked for, his heart was leading him somewhere else, somewhere he did not know. In Henri was a restless desire for something else. He was not happy. He had everything, but one thing. What was it?3

During this great struggle, Henri was invited to spend time at L’Arche, a community for the intellectually disabled. Something more than magical happened when he met the people of L’Arche. Living with the disabled, he felt at home. He felt complete. He felt a call.4

It only took a year before Henri left his professorship at Harvard to become an Assistant Caregiver.

At L’Arche, he found himself unsure and nervous about his work. In the classroom and in meetings he was at his best, his charisma and intellect led many and ministered to many. His classrooms were full and changed the lives of many young women and men. But now, he was starting out as a new Assistant Caregiver. With no training, no schooling, and no background in the profession, he was assigned to a profoundly disabled young man named Adam.5

He would later write about the fear and anxiety of caring for someone, the responsibility of it. Henri constantly asked for help, to move Adam from place to place, to feed him, bathe, dress, and shave him. Another person’s entire world was dependent upon him and his care.6

The other Assistants gently encouraged and helped Henri until he was able to solely care for Adam. When Henri asked them why, they simply told him the meaning of his work was to “get to know Adam.” 7

As an amateur, Henri was finding the something his heart had been longing for, something beautiful. Amateur literally means “a lover.” 8 Henri was no longer restless and full of anxiety, homeless in a sense. This new way of being somehow completed Henri.

Though Adam couldn’t talk or communicate much at all, Henri was learning from Adam and communing with him. They loved one another, they were friends, oh so dear friends…friends giving and receiving love. 9

Henri felt privileged caring for Adam. As he settled into the community, and his new work, one of his friends, a professor of pastoral theology, visited him. When he arrived, Henri was eager to introduce Adam to his guest.10

This is Henri’s recollection of the visit: “When my friend came into the New House and saw me with Adam, he looked at me and asked, “Henri, is this where you are spending your time?” I saw that he was not only disturbed but even angry. “Did you leave the university, where you are such an inspiration to so many people, to give your time and energy to Adam? You aren’t even trained for this! Why do you not leave this work for those trained for it? Surely you have better things to do with your time?” 11

“I was shocked. My mind was racing, and I thought but did not say, ‘Are you telling me that I am wasting my time with Adam? You, experienced minister and pastoral guide! Don’t you see that Adam is my friend, my teacher, my spiritual director, my counselor, my minister?’ I quickly realized that he was not seeing the same Adam I was seeing. What my friend was saying made sense to him because he really didn’t ‘see’ Adam, and he certainly wasn’t prepared to get to know him.”

“My friend had a lot more questions about Adam and the people who lived with me in my home: Why spend so much time and money on people with severe disabilities while so many capable people can hardly survive?” Why should such people be allowed to take time and energy which should be given to solving the real problems humanity is facing?”

“I didn’t answer my friend’s questions. I didn’t argue or discuss his ‘issues.’ I felt deeply that I had nothing very intelligent to say that would change my friends’ mind. My daily two hours with Adam were transforming me. In being present to him I was hearing an inner voice beyond all the activities of care. Those two hours were pure gift, a time of contemplation, during which we, together, were touching something in God.” 12

Henri found something through caring for another human that he couldn’t find in ambition. He found that he can come into contact and connect with something that is greater than his intellect could ever imagine, something that could fulfill him and make him feel at home.

A friend of mine, whose happiness made a lasting impression on me, is a doctor. She never announced her title; in fact, it took months before we discovered her career. She worked primarily at a school based health center and a clinic for teenage mothers and their children. She didn’t work for riches or for status, but for the people she loved—her patients.

Who do you work for?

**From the book: Opening Happiness